Back to CBS Toshi Book Award 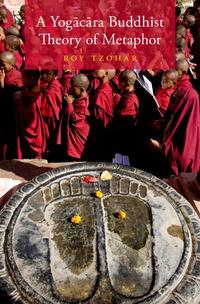 BERKELEY — The Center for Buddhist Studies at the University of California, Berkeley, is pleased to announce that the winner of the 2018 Toshihide Numata Book Award in Buddhism is Professor Roy Tzohar (Tel Aviv University) for his book: A Yogācāra Buddhist Theory of Metaphor (Oxford University Press).

The Toshihide Numata Book Award in Buddhism is awarded on an annual basis to an outstanding book or books in the area of Buddhist studies. The selection is made by an external committee that is appointed annually. The three members of this year's committee were unanimous in their ranking and praise of A Yogācāra Buddhist Theory of Metaphor. One calls it "one of the most stimulating and exciting books I have read in recent years." A second reviewer commented, "even though it deals with some difficult textual material, it does so in an impressively authoritative way, and it is beautifully written as well." The third reviewer wrote that it "convincingly demonstrated the importance of the notion of metaphor (and, more broadly, of ideas about signification and language in general) in Yogācāra philosophy." Each of the reviewers highlighted Tzohar's lucid handling of difficult materials, the originality of his analysis, and the book's potential impact on the field.

Professor Tzohar will be presented with the Toshihide Numata Book Award on the afternoon of Friday, November 9, 2018, at the Jodo Shinshu Center in Berkeley (2140 Durant Avenue, at the southwest corner of the Berkeley campus). The award presentation, which will begin at 3 PM, will be followed by a keynote by the author and a symposium that will include talks by Professors Jonardon Ganeri (New York University), Cat Prueitt (George Mason University), and Evan Thompson (University of British Columbia)

More information about the Toshihide Numata Book Award in Buddhism, including names of past recipients of the Award, can be found here: