The Group in Buddhist Studies sponsors the Berkeley Buddhist Studies Series — a series of scholarly publications on all aspects of Buddhism. To date, volumes in the series have covered textual, historical, and art historical phenomena, and have focused on East, South, and Southeast Asian Buddhist traditions.

The series is distributed for the Group in Buddhist Studies by the Institute of East Asian Studies.

The following books in the Berkeley Buddhist Studies series are available from IEAS and from Amazon.
To order directly from IEAS, please use the IEAS Order Form.

For more information about the IEAS Publications Department and our titles, contact:
ieas-orders@berkeley.edu 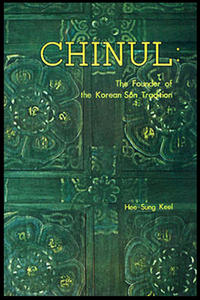 Chinul: The Founder of the Korean Son Tradition

The Buddhist master Chinul (1158-1210) is regarded as one of the greatest Son (Zen) monks in Korea. It was his reform and innovation of the meditation school of Korean Buddhism that determined the development of the monastic tradition of Korea. The present form of Buddhism in his homeland owes much to his endeavors more than seven centuries ago. There is a sad lack of materials on Korean Buddhism in Western scholarship, even though the religious history of East Asia is only partially written without adequate reference to Korea. Through a penetrating analysis of Chinul's writings and Son, the author of this volume makes the esoteric worlds of the Buddhist meditation experience accessible to the reader.

Included in this study is a thorough study of the life of Chinul, focusing on the reform movement which he launched in the latter half of the twelfth century. This history of Chinul is followed by an exposition of his philosophy and approach to Son. Finally, the volume deals with the fascinating story of the legacy that still continues among the large and active group of monastic institutions in Korea.

This work opens up new areas for the study of Buddhism and East Asia; it will be of great value to historians, Buddhist scholars, and those interested in the way in which religious reform in accomplished. This is a book that will aid those who wish to understand Korea and its religious history. 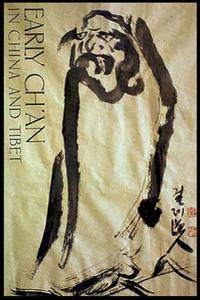 Early Ch'an in China and Tibet

Ch'an (Zen) Buddhism was popularized in the West by writers such as D.T. Suzuki and Alan Watts as a kind of "romantic abstraction" outside of history. The papers in this volume, originally presented as a unique conference sponsored by UC-Berkeley and the San Francisco Zen Center, go a long way towards revealing the complex historical development of Ch'an theory and practice both in China and Tibet.

The papers on China reveal Ch'an not as a single line of transmission from Bodhidharma, but as a complex of contending and even hostile factions. Furthermore, the view that sees Ch'an as the sinicization of Buddhism through Taoism is questioned through an examination of the Taoism that was actually prevalent during the establishment of Ch'an in China. The papers on Tibet take us to the heart of the controversies surrounding the origins of Buddhism in that country, based on exciting research into the Tunhuang materials, the indigenous rDzogs-chen system, and the "Sudden vs. Gradual Enlightenment" controversy.

Of particular note in this volume is the inclusion of several translations of papers by noted Japanese scholars who have led the way in this type of research, made available to the Western reader for the first time. 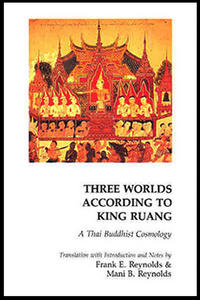 Three Worlds According to King Ruang: A Thai Buddhist Cosmology
Translation with Introduction and Notes by Frank E. Reynolds and Mani B. Reynolds

In the 14th century, the heir apparent to the throne of the central Thai kingdom completed the first truly literary work of a Thai author. Phya Lithai entitled his work Sermon on the Three Worlds but it later became known as Three Worlds of King Ruang. It is the culmination of a long history of visionary and cosmological literature within the Theravada tradition, representing in a vivid and concise form, the religious universe within which Thai Buddhists have traditionally lived. In particular, the description of death and the fates which await beings who die in the thirty-one realms of the Three Worlds portray the process of dying and depict the relative absence of suffering and pollution at high levels of attainment.

Because of the prestige of its author, its claim to orthodox authority and its strong popular appeal, this text exerted a powerful influence on the religious consciousness of the Thai, on their literary and artistic development and on their social and ethical attitudes. Despite harsh criticisms to which the texts have been subjected by a number of Buddhist modernists in the nineteenth and twentieth centuries, this influence has persisted to the present day. Thus, not only from a buddhological point of view, but also from a historical or anthropological perspective, it is no exaggeration to say that the Three Worlds of King Ruang is the most important and fascinating text that has been composed in the Thai language. 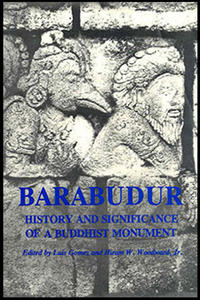 Barabudur: History and Significance of a Buddhist Monument

Barabadur, on the island of Java, is one of the world's most impressive religious structures. First brought to the attention of Europeans by colonialists in the 19th century, this Buddhist monument has remained an object of appreciation through the years. Sir Thomas Stamford Raffles, lieutenant-governor for the British authorities reported on the beauty of Barabadur after a visit to the site in 1812. Since then, travelers have journeyed in increasing numbers to see this architectural wonder. During the past century the great pyramid has been reconstructed, repaired, and studied.

In this volume, an international group of scholars has assembled a collection of papers which attempts to put into perspective the current theories and latest information about Barabadur. A major work for those who have an interest in religious studies and art history, this volume provides the most detailed study of Barabadur available. 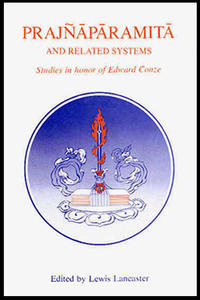 Prajñāpāramitā and Related Systems: Studies in Honor of Edward Conze

One of the most important developments in Buddhist history was the emergence of the texts known as Prajñāpāramitā. It was from this literature that Mahayana Buddhism made its appearance in written material and throughout the history and development of Buddhism in India and the rest of Asia, such texts continued to exert their influence. In this volume composed of studies from twenty-three important Buddhist scholars, a new and important contribution has been made to our understanding of Mahayana and its development.

All of the major Prajñāpāramitā texts have received attention from one or more of the participating scholars. In some cases, new editions have been prepared; in others there is comparative work between the teachings found in the texts and other aspects of Buddhism or Asian religious developments. An extensive index will assist researchers in making use of the material, which ranges over a wide area of Buddhist thought and geographic area.