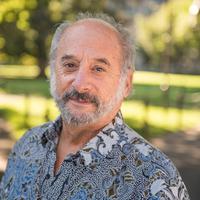 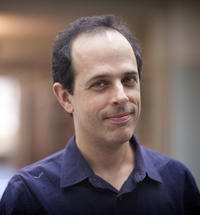 2019 Seminar Series
David Germano teaches a weekly graduate-level seminar, reading with graduate students across several departments in the Tibetan Buddhist literature of the Great Perfection, one of today's most popular Buddhist traditions around the world. In addition to his seminar, Germano meets with a group of students and scholars for a further three hours each week to read more deeply in the Great Perfection literature.

Buddhist contemplation has a long history with complex educational institutions, namely Buddhist monasteries all across Asia. In recent decades, there has been a surge of interest in the American academy in such practices, including scientific research on their efficacy and mechanism, possible adaptation for new pedagogical approaches in the classroom, and inspiration for fresh perspectives on co-curricular programming for students. This talk will reflect on such developments by considering both the promise and peril involved across multiple registers as modern academics revisit the fault lines of the ancient emergence of universities out of monastic institutions and their contemplative lifestyles.

David Germano, Biography
David Germano is a world renowned expert of Tibetan forms of meditation and their modern applications. He is professor in the Department of Religious Studies at the University of Virginia where he also serves as the director of the Tibet Center (www.uvatibetcenter.org), director of the Contemplative Sciences Center (www.uvacontemplation.org), and director of SHANTI (Sciences, Humanities, and the Arts Network of Technological Initiatives, (www.shanti.virginia.edu). He also is the founder and director of the Tibetan and Himalayan Library (THL, www.thlib.org), the largest international initiative using digital technology to facilitate collaboration in Tibetan Studies across disciplines. He works extensively with each of the eleven schools at UVA to explore learning, research, and engagement initiatives regarding contemplation in their own disciplinary and professional areas. He is currently focused on the exploration of contemplative ideas, values, and practices involving humanistic and scientific methodologies, as well as new applications in diverse fields; he also holds a faculty appointment in the School of Nursing.

His personal research interests are focused on the Nyingma and Bön lineages of Tibetan Buddhism, tantric traditions overall, Buddhist philosophy, and Tibetan historical literature and concerns, particularly from the eighth to fifteenth centuries. He also does research on the contemporary state of Tibetan religion in relationship to China, and non-monastic yogic communities in cultural Tibet, and has broad intellectual interests in international philosophical and literary traditions, including hermeneutics, phenomenology, literary criticism, systems theory, among others. 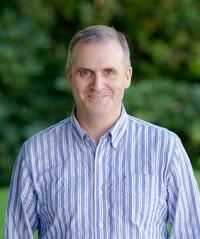 Mindfulness meditation practices are often traditionally said to induce “nonconceptual” forms of awareness, and scientists and clinicians often repeat such descriptions. But what does “nonconceptual” mean? Clearly, without a precise specification of what a concept or conceptual cognition is, the notion of nonconceptuality is equally ill-defined. I present an account of concepts, concept formation, and nonconceptual awareness based on combining ideas from Buddhist philosophy and cognitive science. On the Buddhist side, I draw from Dharmakīrti’s “exclusion” (apoha) theory of concept formation and the Yogācāra view of conceptual cognition as necessarily structured by the duality of “grasper” (grāhaka) and “grasped” (grāhya) (i.e., by the duality of subject versus object). On the cognitive science side, I distinguish between sensory discrimination, perceptual categorization, and mental conceptualization (the deployment of concepts in thought). According to both Dharmakīrti’s “exclusion” theory and cognitive science considerations, perceptual categorization is the most minimal form of conceptual cognition. It structures our engagement with the world at a basic and prelinguistic level, and it is motivationally and affectively biased. Combining these Buddhist and cognitive science ideas provides a philosophically precise and empirically useful way to define “nonconceptual awareness” and “nondual awareness.” Nonconceptual mental events do not undergo or result from “exclusion” (apoha), and they do not involve perceptual categorization. Nondual awareness in addition lacks the grasper-grasped (subject-object) structure and is not motivationally and affectively biased. I apply this framework to scientific studies of Buddhist mindfulness meditation practices, with attention to experimental studies of the effects of these practices on the perception and experience of pain. One take-home message is that cognitive scientists, clinical scientists, philosophers, Buddhist scholars, and experienced meditation practitioners need to work together. In particular, more attention needs to be given to the cross-cultural philosophical issues about concepts discussed in the lecture to clarify and advance the empirical investigation of mindfulness meditation practices.

Does it make sense to think that we inhabit a world that exists and has a nature independently of how anyone takes it to be? Realists answer yes, and argue that objective knowledge is impossible unless it tells us how things are independently of what anyone might think. Mahāyāna Buddhist philosophy, however, specifically the Madhyamaka and Yogācāra traditions, is usually understood to be anti-realist, because it denies either that things have intrinsic natures (Madhyamaka) or that things have intrinsic natures independently of the mind (Yogācāra). Philosophical scholarship on Madhyamaka and Yogācāra often relates them to anti-realist or idealist ideas in modern European philosophy (e.g., from Kant, Wittgenstein, and Phenomenology). For example, Madhyamaka is variously interpreted as a form of conventionalism, global anti-realism, or quietism, while Yogācāra is sometimes read as a form of transcendental phenomenology. These four seminars will examine core ideas from Madhyamaka and Yogācāra in light of the resurgence of realism in contemporary philosophy. For example, Hubert Dreyfus and Charles Taylor argue that we can “retrieve” realism by giving up the idea that knowledge consists of ideas in the mind representing the external world; by denying this “meditational epistemology” we can regain a view of knowledge as being based on our direct access to the everyday world and the physical universe of science. Quentin Meillassoux argues that the way to be a realist is to give up “correlationism,” which is the idea that we only ever have access to the correlation between the mind and the world and never to either one considered apart from the other, and he argues that the reason to reject correlationism is that it cannot make sense of the meaning of scientific statements about the world anterior to the appearance of human beings. How should the contemporary Madhyamaka or Yogācāra philosopher respond to these kinds of arguments? What contributions can Madhyamaka and Yogācāra make to the contemporary debates about realism and anti-realism? These questions will be the guiding ones of the four seminars. We will read selections (in translation) from Nāgārjuna’s Fundamental Verses on the Middle Way (Mūlamadhyamakakārikā) and The Dispeller of Disputes (Vigrahavyāvartanī), as well as Vasubandhu’s Treatise on the Three Natures (Trisvabhāvanirdeśa), together with relevant secondary readings relating these texts to contemporary philosophy.

Seminar 1: March 13: Madhyamaka Versus Realism: Setting up the Debate